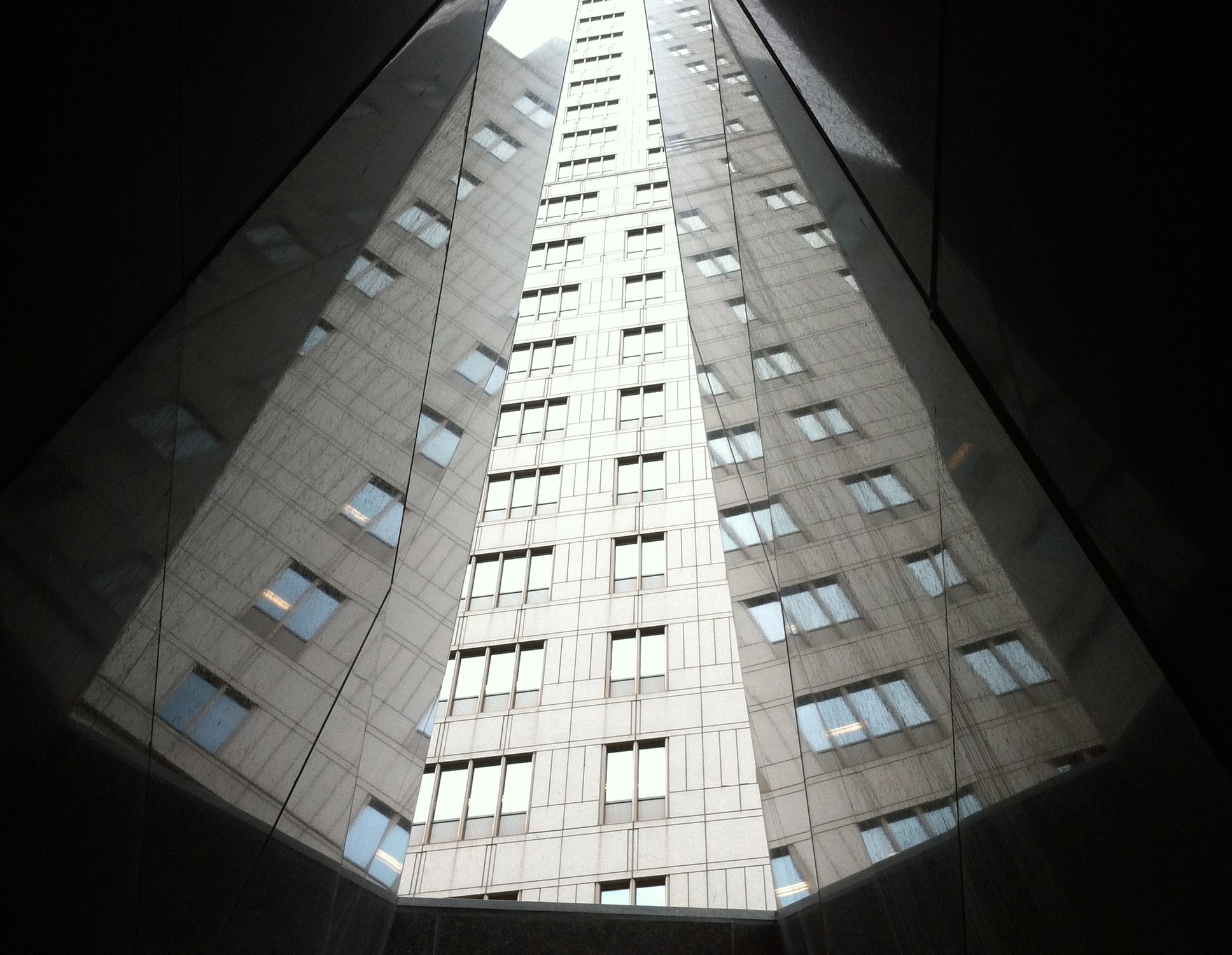 To say that I have been in two minds about posting on depression this week is more than a metaphorical statement.

On the one side, my healthy mind – my normal state of being –  believes I should be part of the conversation as it becomes a relevant support structure to all who are affected. On the other side, my depressive mind wants nothing more than to hide away and hope the conversation happens somewhere over there, away from me, thank you very much. Then I saw an article which provoked me to act.

For all who don’t now this has been depression awareness week. As such a plethora of articles have been written, including attempts to discuss personal experiences of depression to a largely non-depressive readership. I have read a few of these and the one written by Tim Lott is one of the best.

Let me say now that it is great that these articles are out there and, hopefully, being widely read. William Styron’s Darkness Visible should also be on the reading list of anyone affected by depression, or as he accurately names it, ‘melancholy’.

Yet it was this column in a section of Friday 22nd April’s edition of a local paper, The Sacramento Bee, that caused me to sit straight down and write. It ran with the headline: US suicide rate surges to 30-year high. Rightly or wrongly, this caused me to reflect on depression as, over the years, I have seen how the two have been linked.

(To state clearly: I do not believe all sufferers of depression will commit suicide, nor are all suicides caused by depression. Yet I will argue that a link is unquestionably there.)

But I did not want to write an article about suicide, largely as I cannot claim to be any kind of authority on it. It would be dangerous to add assumptions and guesswork to a subject of which I have been only ever been, tragically, a close observer.

Instead I have written about what I do know: my own experience of depression and how I believe we can all be part of a larger support structure for this largely invisible suffering.

In a depressive state, my main motivation is to find an exit. An exit from conversation, from responsibility, from a reality that appears to be causing me more suffering than it needs to.

Often this desire for an exit is triggered by specific points of vulnerability: subjects that provoke feelings of unworthiness, low self-esteem or low moods. Counterproductively, I will then cling to these very things as the real truth of my reality.

A process follows where I convince myself of this new truth. All that normally makes me positive, strong or confident is then jeopardised, placed in doubt and invalidated.

It is a somewhat predictable process, wherein the powerful, emotionally driven certainty of this projected truth overpowers the weaker rational or logical thought processes that try to dispute it. These thought processes are eventually won over and support the emotional certainty that everything is not ok, and perhaps never will be again.

Thus is installed a sense that I am finally seeing my reality as it truly is. And what it truly is hurts with an overpowering dullness and isolation. As Tim Lott says, I feel like I am engaging with the world through “a sheet of thick, semi-opaque ice”. In this place I recognise that I have spiralled down, often very quickly, and arrived in what I recognise as my depressive state.

In this state, I see how my exit would be the most beneficial outcome for myself and others. That my partner would be better off with someone else or simply without me. That the work I am attempting is selfish and it will fail because it benefits no-one else. Most commonly, I conclude that I have been wrong about some fundamental aspect of how I have understood how I should be living, and this ignorance has caused others harm.

Whichever narrative arrives, I conclude that I then must utterly shift my situation to resolve it. I need to find the right exit, for everyone’s sake.

Now, depending on how deeply into the state I am, my external state can be anywhere from needing absolute solitude and being almost hopelessly un-functional to coping seemingly normally and keeping the ‘brainstorm’ invisible to anyone else. Those who know me best may spot it, but most people won’t.

This is what we learn over time: how best to hide it. It often seems better to take this route. Here rises a wider question of how we interact with mental illness as a society – a conversation for another time perhaps.

Back to describing the state. In concluding my exit is beneficial for all involved I then look for the appropriate exit.

This exit may take many forms. They surprise me often with both their initial feeling of innovation and eventual sense of familiarity. Many attempts at an exit are unsuccessful and, unfortunately, failure exacerbates the situation.

I will often change location temporarily, but I my state comes with me. I will try diverting some direction my life is on with new work, a new project or even a new love. This is the known foolish logic of greener grass: “if I do this then all will be well”.

At best these exits offer temporary relief. Further down the track, however, these frequent changes can lead to a larger sense of failure, exaggerating the original issue significantly and deepening future depressive states.

The recovery of self.

I admit now that I have no direct answers as to how I ‘get better’. I will say it is often a conversation with someone patient and empathetic enough just to listen that helps me find my way out. This will often follow a number of conversations that do not seem to help which increase an internal frustration with the whole damn situation.

When ready, I often find my recovery begins with gradually finding more logical and rational ground. This starts to stabilise negative thought patterns and shifts perspectives back towards healthy viewpoints: I am worthy, etc. Here I see the value of talk therapies and have benefited from periods of this in the past.

Physical exercise also helps my body chemistry recalibrate me back to a more normal felt reality. It helps me practice presence too; this is vital in leaving a depressive reality dominated by the projections of a fickle and unstable imagination.

I am thankful that I have a strong support network, internal and external, that works to lift me out of these depressive states. This is true to how it feels: like I am being drawn out of water. And just like when you step out water, it is hard to remember what it was really like when you were submerged.

I try to guess at what caused it and what I could do to avoid it in the future, but they are only ever guesses. Like JK Rowling’s fantastic Dementor creatures in the Harry Potter series, it is also not something you would want to revisit in order to analyse the experience.

A significant downside to this is that I cannot explain the experience competently to someone who has never experienced it themselves.

It seems to be one of the fickle tragedies of depression. Invisible, intangible and idiosyncratic, it is difficult to see how to bring genuine understanding to non-sufferers. Perhaps it is simply a case of finding a way to articulate each experience as best we can and, over time, together coming to understand it better.

I want to finish with something to take forward from this. So what advice can I offer to those wanting to offer support?

Firstly, realise that there are few valid generalisations about depression; it is a mistake to consider that all sufferers can be treated or supported in the same way. I do not believe medication is the key to recovery or right for everyone, but for others it is a vital lifeline. There is no shame in either approach.

Secondly, all those I know who suffer from depressive states have a pretty good understanding of the structures they use to support themselves. Going in to try to revolutionise or revamp these structures is deeply unhelpful. Rather, listen to them and trust that you’ll be invited to find your place in their support structure.

Thirdly, you must be willing to be patient. Depression costs the sufferer and those around them a great deal of energy; this is part of the shame attached to it for the sufferer that motivates it to be hidden. Depression, in my experience, is repetitive and cyclic. This can be infuriating, and makes ‘progress’ difficult to effectively measure. So be prepared to offer patience above all else if you are truly wanting to support someone.

Finally, if there is someone you wish to support, you must find a way to speak to them, or better yet make clear that you are available to listen. Approach the subject with care, empathy and patience. Be aware this can be a deeply vulnerable topic and trust has to be built ignored to engage openly about it. Do not be surprised if this process takes time.

It is in the periods when the person has their ‘healthy mind’, (how I phrase it, this is not adopted terminology), that effective logical conversations can take place. If possible, and it isn’t always so, begin the conversation here rather than when they are deeply affected by their depression. As I said, logic has a tough time in the face of the powerful emotions at play.

It is from a healthy minded place that I write this today. As a result, I hope I have been able to articulate something of use as a part of the necessary conversation about depression.